YOU'RE AN IDIOT IF YOU DON'T UNDERSTAND THIS IDIOM 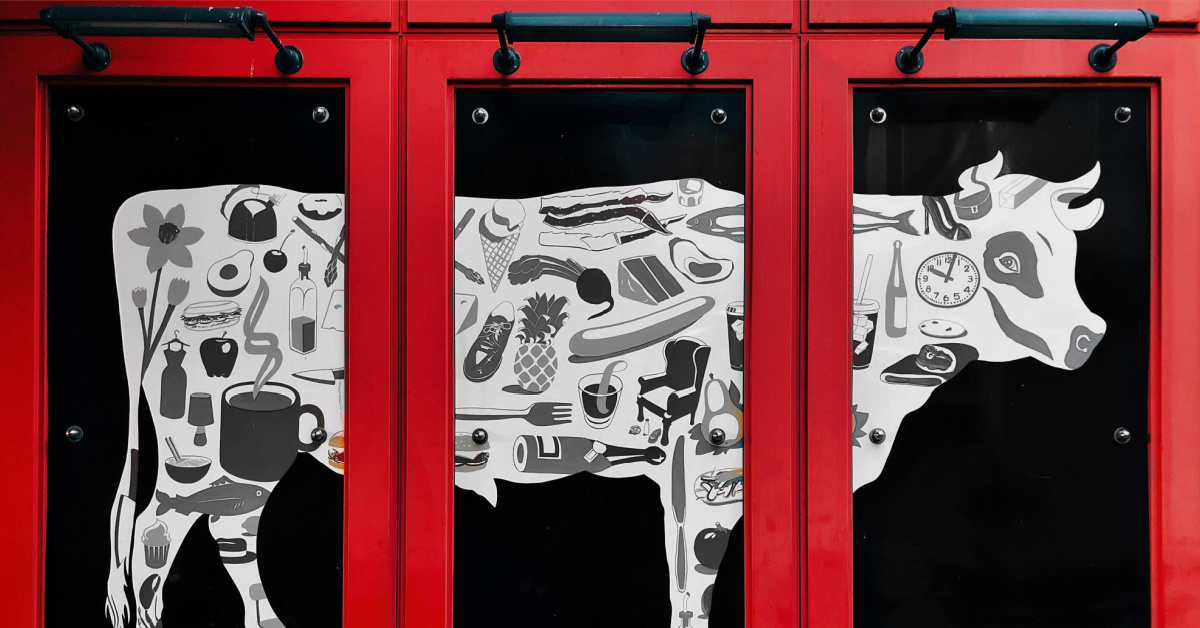 I’m sitting in my office when it suddenly hit me. Was I taught to take advantage of people if they let me? Should I charge for everything that I do for anyone? On the flipside, could I possibly be better off financially if only I took advantage? Was this ideology taught to me with one simple idiom?

Then I asked three different people from three completely different backgrounds what they thought the idiom meant.

Wouldn’t you know it they all had the same exact explanation.

They all explained to me that it meant, to put it simply, “don’t be a hoe”. They all turned their nose up to look down on the cow for giving her milk away for free.

But then it all makes sense when I thought about it. I can’t stand the way in which you are taught relationships. It reminds me of the scene in Boys N’ Da Hood when Doughboy played by Ice Cube says to Cuba Gooden Jr. (Trey) after Ricky (Morris Chestnut) got killed as a result of senseless gang violence, “either they don’t know, don’t show or don’t care about what be going on in the hood.”

If you haven’t figured out what idiom I’m referring it’s, why buy the cow if the milk is free?

This idiom wasn’t built on the idea of promiscuity. It is not because men will never commit to a girl who is rather carefree, sexually. The emphasis is on two words “buy and free”. It actually depicts a story of an even exchange.

If you buy her a drink are you paying for the milk? The cow? If you pay for dinner and a movie did you just pay for the milk and the cow?

What do we know? We do know that if you pay for something you should get something in return.

Not understanding the foundation behind that one statement has ruined countless potential marriages. A marriage can be viewed as a lucrative deal. This can be very confusing if the message goes untaught or explained.

If you simply say to your daughter “why should he buy the cow if the milk is free” you, inadvertently, teach your daughter that if he pays for something then he should get something. You don’t tell her what he should get or what he is paying for or even what the payment method or terms are if we are considering this a lucrative deal.

As far as she’s concerned if he pays for the milk he should get the cow!

If you simply say to your son “why should you buy the cow if the milk is free” just like with your daughter you taught your son that if he pays for something he should get something. So he’s quick to buy milk knowing that he’s going to get the cow! On top of that if he doesn’t pay for the cow but he gets the milk, to him that means no one owns the cow so the milk is free for everyone! So he doesn’t want the cow and he’s damn near scared to drink the milk.

The idiom in itself is ambiguous but should be explained with context. No, you shouldn’t try to “get over” or exploit anyone in any deal.

The first thing that you have to know is that there are two forms of cash, mental and physical. Mental cash is all the things that don’t have a physical representation like time. Physical cash is something tangible, you can touch it.

If you don’t explain the two forms of cash then the idiom is taken literally. “Buy and free” are the only words that make sense to any situation because that picture applies directly to you and everyone. The image of milking a cow doesn’t do anything for you. You understand that if it has the value you buy it. And if it has no value it’s free.

I have to say that one more time because it depicts the way you think. You understand that if it has the value you buy it. And if it has no value it’s free. If you've bought a drink, dinner, movie, jewelry - whatever he’s paying for your time.

To help this make sense let’s picture you’re fifteen and you want to purchase your first car. You know the exact car you want. You go to the dealership. It’s your lucky day, the owner of the dealership is there to greet you when you show up to the lot. The car you want costs twenty-five thousand dollars. He says to you that you could either take out a loan for the twenty-five thousand dollars or you can come by every weekend for the next year and from open to close wash cars and then the car is yours.

If you take the better deal of coming by every weekend for the next year to wash cars and the car is yours, was the car actually free?

You didn’t pay anything for it? Or did you?

This is the way in which we need to explain or understand relationships or if nothing else the idiom. Physical cash may speed up the end result, which ultimately should be marriage, a lucrative deal. Since the idiom wasn’t explained more often than not if he pays for something he gets something so this leads to sex. He paid with something physical and he got something physical just like going to the store and buying a pair of sneakers. When those sneakers get old or worn out what do you do with them? If he doesn’t pay for anything at all… well, we all know what we do with free.