DO YOU SUFFER FROM SUBCONSCIOUS PARANOIA 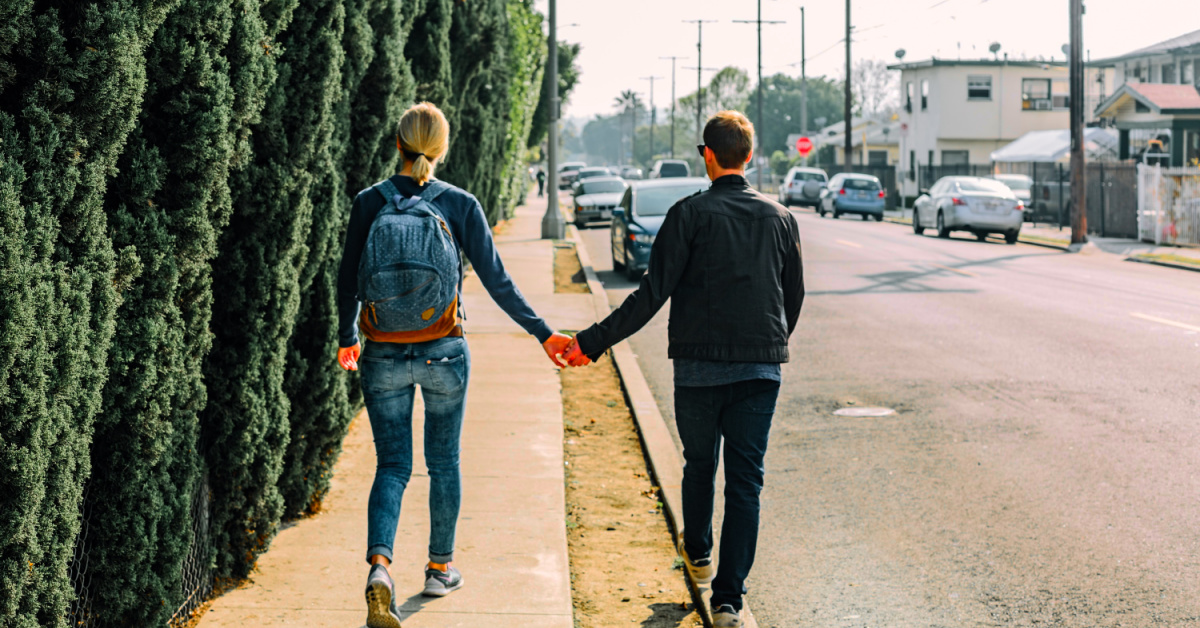 Whether you realized it or not you have seen Subconscious Paranoia.

Have you ever been walking down the street there are only three people within a distance you, him, and her?

As you get closer you see him grab her hand or put his arms around her.

What you just witnessed is Subconscious Paranoia. If you want to hear me talk about it, check that out here.

Why did he do that?

If a woman is walking next to a man the assumption is that the two of them are already in a relationship.

If the assumption is the standard, then why did he make that move.

You're walking down the street, then he sees you. You watch him put his arm around her.

If you were a threat that he felt, he could handle, he would find a way to maneuver you behind himself. Then he would be in a position to fend you off, should you attack.

All he does is put his arm around her in his weak attempt to claim her.

He will make that move as though you could steal her from him in the two seconds you passed each other.

That's a clear lack of confidence in both himself and her.

Why doesn't he do that when women walk pass?

You will experience subconscious paranoia when your girlfriend, wife, whatever gets dressed to go out with or without you.

You feel her outfit is inappropriate.

Let's say you'll are getting dressed to go to dinner. Nothing is hanging out and everything fits well, but you still feel her outfit is inappropriate.

It's because of how you, at one point, viewed other women.

This forces you to feel that every man is looking at her the same way you once looked at other women.

Oh, man, does she recognize what is going on?

She didn't even notice him walking down the street, she's into you.

When you do that you alert her that there is a male more Alpha than you.

Prior to that, she thought you were and that's why she chose you. Because you grabbed her you feel like that guy is more Alpha than you. If you didn't think he would be attracted to her you wouldn't have done that either.

How did she know you thought he was more Alpha than you?

It's all about energy.

That's not anything new.

His energy met your energy and he overpowered you. So you knew he was more Alpha.

When you grabbed her you broke her attention.

She looks down to see your hands fumbling to grab hers. Since she's not used to you doing that she looks down. You alerted her that the extra energy wasn't yours so she looks up.

She now sees the person with more energy than yourself.

Her inquisitive self now wants to find out about him. Relationship over.

Resolution of Subconscious Paranoia | let's get you straight

Don't do that schit! If you're already guilty of that stop doing that schit now! You can't fill her bucket and you know that. If you did you would be more than confident that you were all she could handle. You have to do one of two things.

It could be that you were cheated on in the past so you're worried that it's going to happen again. If you worry about it happening again you're going to create the situation and circumstances for it. If you have low self-esteem. Figure out what happened to cause the issue and then reframe that issue, change your vantage pointe. Or.

This is a result of how you got her. So if you spend tons of money on her and you know you can't keep up, her bucket is not going to remain full. If you got her for some other reason than what you truly want then you won't fill her bucket.