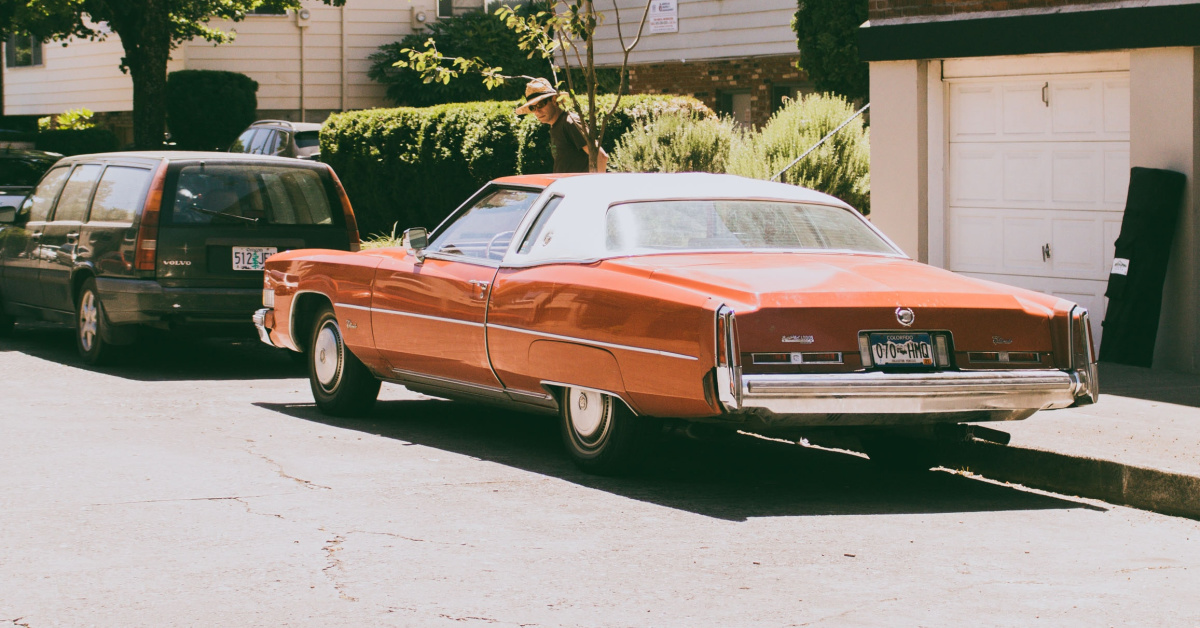 That should be rephrased to say don't let your current confidence choose your mate.

You need to go into the future and if you were the guy you dream you can be, who would you marry?

Let the future you determine who you should be with now so that you will be with her in the future.

You remember the movie “Gone in 60 seconds”? Well, Elenor was the star, she’s a Ford Mustang.

She’s the coveted Elenor of men! Every man has an Elenor! She may go by several names but the idea is still the same.

Keep “Elenor” in mind when reading this next post. This reads fast so keep up, let’s go.

The worst thing in the world is a man who doesn’t know his value!

There was a guy I knew who went years without sex or even a date. There were plenty of women interested in him, but because he didn’t know his true value, he thought they only wanted to be his friend, and nothing more.

What happens next after years of the “drought” he was introduced to a young lady whom of which was probably in the same situation. So they, of course, hit it off. Could be true love or worst case a lack of perceived options.

What do you do when you go to buy an Elenor?

You have shopped for Elenor. You went online and you know the exact Elenor you want; only to get to the lot and the salesman tell you he has a comparable model with fewer bells and whistles but ensures you it will last longer and on top of that he can give you a much better deal on the financing.

As long as she looks good you will take the deal, especially believing tomorrow Elenor or the deal won’t be there.

You didn’t get exactly what you wanted because you didn’t have the confidence that the Elenor of your dreams will be found later and with the same deal.

So you brought Old Faithful only to find out the exact Elenor you wanted is being sold at every dealership beside the one you went to.

You’re committed to Old Faithful but at least she gets you from place to place, right?

So your confidence just picked your mate is what that translates to.

Here’s another scenario you meet a girl may be at work or a random chance meeting.

You’ll have been happily married for years.

In this case, at the time, you valued each other equally.

The caveat to this is, as a mate, you thought you knew your value.

So what happens is you brought the Elenor of your dreams or really the one you could afford at that time.

Now your value goes up.

You get promoted at work, maybe lost some weight, come into some money, whatever, but now you’re the “Big Boss” on campus. This is great and exciting except you think you need something better to drive.

You’re constantly being approached with deals on Eleanor’s.

Now you’re saying, “No I love my Old Faithful”, she’s reliable and she’s been getting me from place to place all these years. Perfect you’re a great husband.

But what happens next is the Elenor you shopped for online, the one in which you spent hours and hours reading reviews; you picked the color, engine type, exterior, interior, every detail down to the stitching is being offered to you for free for a limited time.

You get to test drive her for an extended amount of time for free.

Decision - decision what choice does the perfect husband make?

I mean you love your Old Faithful but this is the Elenor of your dreams.

The first time your Old Faithful gives you enough trouble that you feel she is causing you too much stress, you're going to test drive the Elenor of your dreams.

Old Faithful got you from place to place and now she sits in the garage while you test drive’s several Eleanor’s.

As we all know when you drive something new you get all the attention that this new Elenor brings and with that attention comes a much higher price tag and even with the new promotion you can’t afford.

So now in order to make payments on Elenor, you either have to pay cash for Elenor which will involve selling Old Faithful.

You can’t afford the maintenance on Elenor, but this is your Elenor.

So you end up purchasing Elenor, which is less reliable than Old Faithful.

You try your best to maintain both Old Faithful and Elenor.

One of them has to go

Since you can’t drive both Old Faithful and Elenor you leave Old Faithful in the driveway sometimes or in the garage sometimes, but she never leaves home and you’re out spending all this cash trying to keep up the appearance of Elenor.

Old Faithful still has value, just not as much value as Elenor. Her seats have been tailor-made to fit you. She starts up as soon as you put the key in the ignition.

The temperature in Old Faithful is perfect.

Her maintenance schedule you have down to a science.

Elenor has so many bells and whistles that you only really know how to turn her on.

What you don’t know is while you’re out test driving Elenor there's a young man riding by your house checking out Old Faithful in amazement.

He’s thinking who would actually leave Old Faithful or actually his Elenor in the driveway instead of driving it.

At that point, He’s riding past showing his friends how clean and well maintained your Old Faithful is.

You’re spending so much money on Elenor you get frustrated when it’s time for the maintenance on Old Faithful.

So you put her on the market and now that other guy, that has been driving by while you weren’t home, has a golden opportunity to purchase the Elenor of his dreams.

Can you afford to fix her after she breaks down

No sooner you do that your brand new shiny Elenor blows a tire which causes undercarriage damage all of which you can’t afford especially because you’re still making payments.

While you’re down on the side of the road the guy that brought Old Faithful rides past with a super grin because he’s riding his Elenor like she’s never been ridden before.

You sold your Elenor just to break even with the down payment on Eleanor. Now you don’t have Elenor or Old Faithful.

You’re dealing with the guilt of not having properly valued your Old Faithful realizing she was your Elenor.

You try to get her back with no success.

This scenario lends itself to a fork in the road.

When she knows her value she will remain with the new owner. If she doesn’t her trouble will be too much to the new owner. He will gladly sell her back to you, the original owner.

You have your Old Faithful back!

However, she never quite feels the same; the temperature seems a bit off. Her temporary owner may, and probably has, upgraded her so you can’t even turn her on the same way.

You don’t even know this Old Faithful, I mean your new Elenor.

When you sold her you should have moved on. You didn't because your confidence level didn’t match your true value so you’re back to square one.

For everyone, I hope you truly get the picture I just painted. I want you to understand the possible psychology of why men and women cheat. See if you test drove enough Eleanor’s, in the beginning, you would have recognized the true value of Old Faithful.